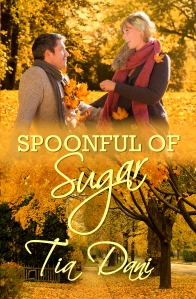 During a drug bust, friendly fire almost ended Brad Davidson’s career on the St Louis police force, but his wife’s social avarice, was the final blow. Divorced and disillusioned, Brad returned to his home town of Coker City to become its County Sheriff, content to keep the town, and his heart, safe. Until, he meets the new pharmacist. Brad decides he’s wasted plenty of time running from his own broken heart.

Dana Barrett looks for a fresh start in a small town. Coker City, Illinois is about as far away as a young widow with four small children can afford to get from Chicago and its painful memories. Malicious gossip ruined her life once and she swears she will never let it happen again. While Dana struggles to keep a professional relationship with the handsome, attentive sheriff, Brad is ready to take a chance on love again. Dana’s fear of gossip raises an unswayable wall between them.

The entire town is convinced Brad is the answer for Dana’s family and the town’s future. Through their eyes, Dana decides not all gossip is meant to be destructive. When she learns Brad is considering another job out of state, she risks the outrageous so she and her children can keep from losing the sweetest love of her life.